IoT: The Future is Now 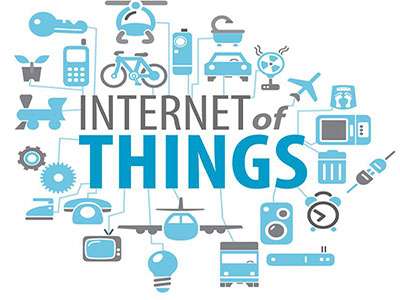 In the present world, wherever we go we hear the term Internet of Things (IoT). IoT is one of the technologies which creates a buzz in groups of ever-emerging technologies. IoT is seen as a technology that will change our daily lifestyle in ways we didn’t imagine before.

But Internet of Things is a commonly misunderstood phrase. Whenever people talk about IoT, they think it refers to things like an app for you to turn your lights on or heat your water kettle. In reality, however, IoT is a world-vision of interconnected devices, vehicles, buildings, and other appliances. It is a technological utopian future where all these devices communicate and interact with each other and perform independent actions without the need for human intervention. IoT is not only the turning of a home heating system on and off remotely but also the system being able to use a real time weather forecast and adjust its temperature accordingly.

“Devices communicate and perform independent actions without the need for human intervention.’’

IoT is a blanket term that is used to refer to various technologies, appliances, and devices that are connected to the Internet. The term “Internet of Things” was coined by Kevin Ashton who worked for Procter & Gamble, and considered remote access as essential to IoT as it which would allow computers to manage all individual things.

The IoT devices connect and communicate to each other via a hub device. The world of IoT runs on what are called sensors and actuators. Sensors are systems that sense the world around them and actuators are physical machines that do things. So, the sensors take in information and the actuators respond to it by making changes to the world and environment around them.

The list of connected devices is no more limited to laptops and smartphones; it is expanding to include connected cars, smart homes, connected wearables, smart cities, and connected healthcare. The number of connected devices across all technologies is expected to reach 100 billion by 2020 creating a huge impact on the world economy. As per the Cisco report, IoT will generate $14.4 trillion in value across all industries in the next decade!

The IoT is not a hype anymore; it has already arrived. IoT is now being used across all spectrums of our lives. IoT in conjunction with machine learning and neural networks has been developed that helps us to take precise and informed decisions.

One of the major and most visible usage of IoT has been in the development of the Smart Home system where it is being used for various home automation tasks and surveillance. IoT has also seen its implementation in the creation of Smart Cities where efforts are being made to incorporate technology for infrastructural requirements and some vital concerns like traffic management, waste management, water distribution, electricity management, and surveillance. The use of IoT has also allowed for sensing of soil moisture and nutrients, controlling water usage for plant growth, and determining customized fertilization so as to increase agricultural yield. Companies like Google, Uber and Porsche have been using IoT and machine learning to create self-driven cars. IoT has also seen extensive use in healthcare: A common example of this is where the elderly wear IoT-enabled slippers that can detect when a person falls and automatically call an ambulance.

One of the defining characteristics of IoT is that these interconnected devices can be controlled and accessed from anywhere. When everything is accessible from anywhere, it is also hackable from everywhere. According to Symantec, IoT attacks increased 600% between 2016 and 2017. In a world where IoT is used in all aspects of our lives, we should really weigh the risks against the reward.

“When everything is accessible from anywhere, it is also hackable from everywhere.’’

The smart home system which includes cameras that capture videos 24/7 (voice enabled devices listening to us at all times) invade our privacy inside the four concrete walls of our own rooms which become ‘glass’ walls transparent to the makers of smart home products and hackers. The use of IoT in healthcare is also not without its risks. Implantable cardiac devices such as pacemakers and defibrillators have been found to have vulnerabilities that could allow a hacker to access a device. Once a hacker is connected, he/she could deplete the battery or administer incorrect pacing or give shocks. There was a news story of US Vice President Dick Cheney’s pacemaker's wireless connectivity being disabled by doctors to avoid any hacking attempts. IoT enabled vehicles have also been shown to be vulnerable to attacks. On Fiat vehicles, researchers were able to take control of the entertainment systems, wind-shield wipers, and were even able to disable the accelerators, all wirelessly. In response, Fiat announced a recall impacting 1.4 million vehicles.

So, are you excited about IoT or scared?

The Author: Er Prakash Gautam is a faculty member of KIST. He is the recipient of expert level Instructor Excellence Award 2015-16, CISCO.

IoT: The Future is Now

In the present world, wherever we go we hear the term Internet of Things (IoT). IoT is one of the technologies which creates a buzz in groups of ever-emerging technologies. IoT is se...

Science is a systematic exploration of data. Data can be acquired in various ways such as using sensor devices, social media, customer records and other input devices. The main challenge of data sc...

Can't find what you are looking for ? Talk to one of our representatives.